Wendi AylwardManaging Director AIFS Australia
Wendi has worked in the youth tourism sector for the past 25 years including management roles with DFAT and CIEE. She has lived and worked in Boston, London and Tokyo, and speaks Japanese. Wendi has been a member of the Backpacker & Youth Tourism Advisory Panel (BYTAP) for the past 6 years, was a founding member of the Australian Internship Industry Association (AIIA) and was co-founder of the Cultural Au Pair in Australia Association (CAPAA) in 2014 – serving as its chair until 2019. Since 2005 Wendi has been the managing director of AIFS Australia, a cultural exchange provider facilitating programs for over 3,000 young people into and out of Australia every year.

Silke KerwickPublic Affairs Manager, YHA Australia
Silke has many years’ experience in youth tourism and cultural exchanges, gained on several continents. Since 2000 she has worked for YHA Australia in marketing, communications & Public Affairs, promoting a network of 70 youth hostels. Prior to this, Silke was with The British Council in Australia, developing bi-lateral cultural and educational exchanges. She has also worked in student travel in London, and for CIEE (Council for International Educational Exchanges) in New York. Silke is passionate about the benefits that cultural exchanges can bring to the lives of young people and to their host countries. Originally a Working Holiday Maker herself, and an author for Rough Guides, she’s still a backpacker at heart! 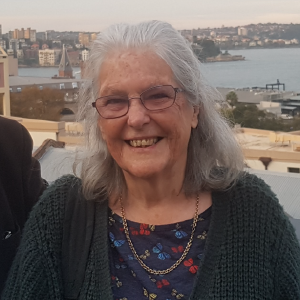 Joanna BurnetDirector & Trustee of Australian Working Adventures & Visitoz
Based at Springbrook Farm in Queensland. The organisation was started by Dan Burnet in October 1991. Joanna’s son Will joined her in the family business in 2014. VisitOz is recognised with Backpacker, Local Tourism, National and Export awards.

Joanna was educated in the UK, attended Queen’s College London and has a BA from the Open University. She started in Alpine Ski Tourism in the UK in 1959 and this continued in various forms untill 1991.
Joanna was married to an Army officer who became a Diplomat and moved house 24 times in 26 years. This included living in the UK, Cyprus, Gibraltar, Germany and Sweden before moving to Australia.
She has four sons and nine grandchildren in the UK and Australia.

Mark BaldwinDirector, The Tourism Co
Mark has been working in the youth tourism industry for 15 years. He started as a hostel manager in Bath, UK, followed by 3 years in of operating and opening new hostels in London. After a year in Canada, he made his way to Sydney to continue managing hostels before landing at the newly opened Bounce Sydney in 2010. He still contracts to the Bounce company overseeing operations of their current assets and their future development. Mark has a management company looking after multiple backpacker operations and the development of backpacker resort in Noosa which he shares ownership.
Mark was the founder of Hostels Australia which connected the best independent hostels throughout the country. He was previously a member of the Backpackers Operators Association NSW for 6 years and has been a member of BYTAP for the last two years.

Brendan McKennaGeneral Manager Australia - JUCY Group
Brendan has been involved in the Tourism & Hospitality sector for almost 30 years working in numerous locations with multinational hotels to island resorts & casinos. The past 15 years have been in the youth & adventure sector where he as been a board member of Adventure Queensland & BYTAP for the past 10 years. Brendan holds a Masters of Hotel Management from Griffith University on the Gold Coast & is a member of the Australian Institute of Company Directors. 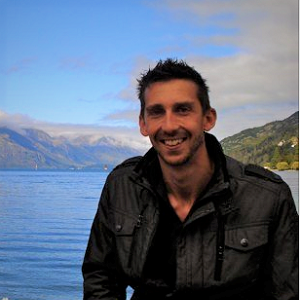 Kerry TateConsultant
Kerry brings over 15 years sales, marketing and tour operations experience with some of the youth & adventure tourism sector’s most iconic global brands, having held roles across Australia, New Zealand as well as the EMEA and APAC regions. Having studied Tourism Management in his native New Zealand, Kerry relocated to France to take on his MBA before arriving in Australia in 2007. Kerry has served on the BYTAP board since 2013, and is also an advisor to Adventure Travel Victoria.

Katrina GreevesConsultant
Katrina has worked in the youth and adventure tourism industry for over 15 years. As a product specialist and customer experience evangelist, Katrina’s passionate about purpose driven tourism and its ability to change lives. For the past 12 years, she’s helped grow WorldNomads.com from a start-up into a respected global travel insurance provider, honing the brand’s travel insurance product mix for adventurous travellers in over 130 countries. In addition to exploring the world for over 5 years as a working holiday maker and seasonal worker, Katrina also worked for ski tour operators in Australia and Canada, dabbled in business events for a UK law firm and a multi-national hospitality group, and has fond memories cutting her sales and marketing teeth for a Whitsundays tour operator back when Hotmail started and well before Google became a verb. As a past President of the Backpackers Operators Association NSW and member of the Backpacker Tourism Advisory Panel for 2 years, Katrina re-joined BYTAP in 2020.